We had such a fun time the day after Christmas.  We had an appointment with the great Dr. Dietz mid morning and we were so hoping that baby would cooperate so we could break the gender news to both families in person.  Dustin's parents had gone with us and were with Cole in the waiting room while KJ went in to see Baby Charli on the screen herself.  I was so excited for her to get to make this memory!  My family waited in Enid as we were heading there straight from the appointment.

It took a little while to get Charli to cooperate.  He was literally sitting criss cross applesauce in my tummy, but after some coaxing, just like his older brother, he was more than happy to share the goods! 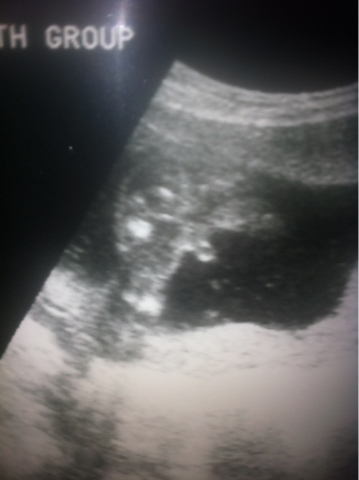 The first words out of Kennedy's mouth were, "well, maybe the next one will be a girl!".  I'm not so sure about that, but we'll see!  Dustin's parents, were, of course, ecstatic and we had fun sharing the news with my family.  I called my oldest sister Cindy and told her, she then made a cake and later that night we shared the news with everyone.  Weezie did the honors of cutting into the cake.  This will make grandbaby #11 for her! 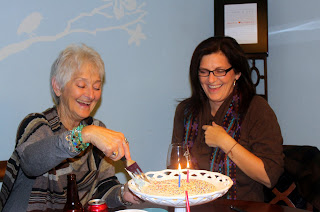 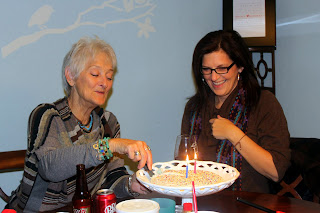 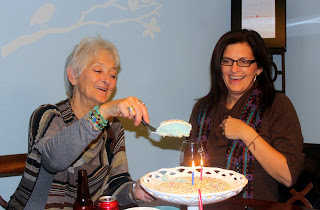 I have to say, Weezie called this one early on in my pregnancy.  She actually has predicted the gender of all of my kids within the first 8 weeks of each of the pregnancies.  Come to think of it, she always knows I'm pregnant before I tell her, too.  Creepy.  Mom intuition, I guess!
So, now we are on to room planning, name discussing and wondering how in the world we will manage two Cole's.  :)  I mean, really, he's a full time job as it is!!  But now he will have a buddy to play with!  Yay!!!
Posted by Unknown at 8:52 AM No comments:

Confession Number 103: I Love This Time of Year


Merry Christmas Eve friends!  I have to say, for a few days, it seemed as if this holiday season was going to be characterized with a big, black cloud of grief, shock and fear.  In addition to the soul rocking shooting at Sandy Hook elementary, there were other various events around us that just brought us down.  Then, Saturday night, as my church, the bestest church ever, COS, celebrated Christmas Eve, Eve, Eve our pastor said no matter what has gone on throughout the year, this season gives us a chance to end the year in utter celebration.  What on earth could be better than to celebrate the birth of our Savior, Jesus Christ!!!  I have to say, it turned my bah humbug attitude right around.  No matter how dark our world may seem at times, the only thing that matters is that God sent us The Light to break the darkness!  May we celebrate His Light throughout the year!!

The last day or so with Kennedy has been very special.  She is so into everything this Christmas season, it is truly awesome to create so many memories and traditions with both of the kids.  This is our first Christmas morning to spend in our own home, and we are all so excited.  Now, if the weather will just cooperate for us to travel after the big day.  Speaking of the day after, stay tuned for a great big announcement!  In addition to all of the Christmas hoopla, we are hoping to find out the gender of Baby #3 on Wednesday.  We have big plans in sharing the news, so you won't want the miss the big reveal.  To think this time next year we will have another crawler in the house is a little overwhelming, but exciting.  Until then, here is a belly shot to get you by.  Oh!  And Merry Christmas! 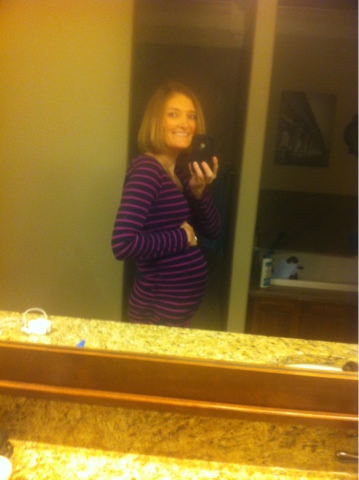